COVID-19 Update: How Atlas Supply, a Beacon company, is staying safe and continuing to serve our customers. Click to learn more...

Buna N
A general term for the copolymers of butadiene and acrylonitrile. Typical commercial polymers are Hycar and Paracril.
Buna S
A general term for the copolymers of butadiene and styrene.
Butyl
A synthetic rubber of the polybutene type exhibiting very low permeability to gases.
Carbon Black
Elemental carbon in finely divided form used to reinforce elastomeric compounds.
CBS
The abbreviation for cloth both sides, used to describe a sheet consisting of a ply of fabric on each surface with a layer of rubber between them.
Chalking
The formation of a powdery surface condition due to disintegration of surface binder or elastomer by weathering or other destructive environmental conditions.
Checking
The short, shallow cracks on the surface of a rubber product, resulting from damaging action by environmental conditions.
Cellular Rubber
Rubber products which contain cells or small hollow receptacles. The cells may either be open or interconnecting or closed and not interconnecting.
C.I.
The abbreviation for cloth- inserted, indicating a sheet of rubber containing one or more plies of fabric covered with rubber.
Compound
A term applied to either vulcanized or unvulcanized mixtures of elastomers and other ingredients necessary to make a useful rubber-like material.
Copolymer
A polymer consisting of two different monomers chemically combined.
COS
The abbreviation for cloth one side, similar to CI sheet except that one fabric ply is exposed at the surface. Generally not friction on the exposed side.

Crazing
A surface effect on rubber articles characterized by many minute cracks.
Cure
The act of vulcanization.
Duck
A compact, firm, heavy, plain weave fabric made from cotton or synthetic fibers, or a combination of both. Duck is also known as canvas, army duck, belt duck harvester duck, hose duck and shoe duck.
Durometer
An instrument for measuring the hardness of vulcanized rubber and plastic.
Durometer Hardness
An arbitrary numerical value which measures the resistance to indentation of the blunt indentor point of a durometer. Value may be taken immediately or after a very short specified time.
Elastomer
Generic term for all natural and synthetic material that express elastic properties. Extrusion Production of a length of rubber tubing with a specific profile by pushing it through a die. In the case of rubber bands, producing a tube with a specific inner and outer diameter.
Elongation
An increase in length expressed numerically as a fraction or percentage of the initial length.
Fillers
General term used for bulk materials added to a compound.
Flex Cracking
A cracking condition of the surface of rubber articles such as tires and footwear, resulting from constantly repeated bending or flexing in service.
Full-Face Gasket
A gasket covering the entire flange surface and drilled with bolt holes.
Gum
A synthetic rubber produced by polymerization of chloroprene and used in weather-resistant products, adhesives, shoe soles, sportswear, paints, and rocket fuels.
Hystereis
The difference between the amount of energy absorbed when rubber is stretched and the amount of energy released when it is then relaxed.

IRHD (International Rubber Hardness)
For complete definition see ASTM D1415 – 06(2012) Standard Test Method for Rubber Property – International Hardness.
Modulus
The ratio of stress to strain. In the physical testing of rubber, the load necessary to produce stated percentage of elongation, compression or shear.
Neoprene
A synthetic rubber produced by polymerization of chloroprene and used in weather-resistant products, adhesives, shoe soles, sportswear, paints, and rocket fuels.
Open Cell
A cell not totally enclosed by its walls and hence interconnecting with other cells.
Optimum Cure
State of vulcanization at which maximum desired property is attained.
Permanent Set
The amount by which an elastic material fails to return to its original form after deformation.
Permeability
To permit passage of gas through the molecular structure of a given material.
Plasticisers
Liquids used to soften rubber.
Plasticity
A measure of the resistance to shear of an un-vulcanized elastomer; A tendency of a material to remain deformed after reduction of the deforming stress to or below its yield stress.
Pock Marks
Uneven blister-like elevations, depressions, or pimpled appearance.
Polymer
A material formed by the joining together of many (poly) individual units (mar) of a monomer.
Polyurethane
Any of various polymers containing the urethane radical; a wide variety of synthetic forms are made and used as adhesives or plastics or paints or rubber.

Porosity
The presence of numerous small holes or voids.
Post Cure
Heat or radiation treatment, or both, to which a cured or partially cured thermosetting plastic or rubber composition is subjected to enhanced the level of one or more properties.
Rebound
Rebound is a measure of the resilience, usually as the percent- age of vertical return of a body which has fallen and bounced.
Reversion
(1) A deterioration of physical properties that may occur upon excessive vulcanization of some elastomers, evidenced by a decrease in hardness and tensile strength, and an increase in elongation; (2) A similar change in properties after air aging at elevated temperatures. Natural rubber, butyl, polysulfides and epichlorobydrin polymers exhibit this effect (extreme reversion may result in tackiness). Most other polymers will harden and suffer loss of elongation on hot air aging.
RMS
Root Mean Square – The measure of surface roughness, obtained as the square root of the sum of the squares of micro-inch deviation from true flat.
Rubber
A material that exhibits elastic properties that allow recovery from large deformations quickly and forcibly. A tough, waterproof substance obtained through polymeric synthesis or in natural form from the sap of various species of plants or trees.
Rubber Latex
Colloidal aqueous emulsion of an elastomer.
SBR
Styrene Butadiene Rubber
Shore A Hardness
An indentation method of rating the hardness of rubber using a Shore Durometer with the A scale from 0 to 100.
Silicone
Any of a group of semi-inorganic polymers based on the structural unit R2SiO, where R is an organic group, characterized by wide-range thermal stability, high lubricity, extreme water repellence, and physiological inertness and used in adhesives, lubricants, protective coatings, paints, electrical insulation, synthetic rubber, and prosthetic replacements for body parts.
Skin
A relatively dense layer at the surface of a cellular material.
Sponge Rubber
A soft, porous rubber used in toys, cushions, gaskets, and weather stripping and as a vibration dampener.

State of Cure
The cure condition of a vulcanizate relative to that at which optimum physical properties are obtained.
Tack
The ability to adhere to itself; a sticky or adhesive quality.
Tear Strength
The maximum load required to tear apart a specified specimen, the load acting substantially parallel to the major axis of the test specimen.
Tensile Strength
Force in pounds per square inch required to cause the rupture of a specimen of a rubber material.
Tensile Stress at Given Elongation
The tensile stress required to stretch a uniform section of a specimen to a given elongation.
Tension Set
The extension remaining after a specimen has been stretched and allowed to retract.

Thermoplastic Rubber
Rubber that does not require chemical vulcanization and will repeatedly soften when heated and stiffen when cooled; and which will exhibit only slight loss of its original characteristics.
Thermosetting Rubber
Chemically vulcanized rubber that cannot be re-melted or remolded without destroying its original characteristics.
Vulcanization
An irreversible process during which a rubber compound through a change in its chemical structure (for example, cross-linking) becomes less plastic and more resistant to swelling by organic liquids and elastic properties are conferred, improved, or extended over a greater range of temperature. 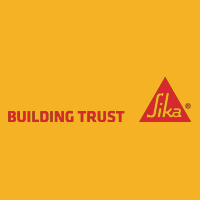